Apart from being a terrific writer himself, Amis was no snob. He didn't hesitate to sing the praises of thriller writers like Peter O'Donnell, for example — creator of Modesty Blaise.

Given my admiration for Amis, and O'Donnell, it's amazing how long it's taken me to get around to Dick Francis.

But I've just read my first novel by him.

Enquiry tells the story of a jockey (all of Francis' books were about jockeys and horse racing) called Kelly Hughes who has been 'warned off'.

This is like a doctor being struck off. It means he can't ride, or even visit a stable. He has been convicted of cheating in a race. His career is over.

Of course, Hughes is innocent and sets out to clear his name.

It's an impressive, compelling thriller. The first thing that struck me was how deftly Dick Francis got me emotionally involved. By the time he'd finished recounting the unfair and one-sided enquiry where his hero is framed, I was fuming with rage.

Other striking features are his beautiful, succinct descriptions. There's a well handled love interest in the book — Roberta Cranfield. She instantly seduced me with her 'petulant mouth'. Some of Francis' finest prose is reserved for describing her. I was delighted by her sweater which was the colour of a 'stagnant pond'.

And the best part is, there are over 30 more of his books to read.

(Picture credits: the bold and striking bondage mask cover is by Colin Thomas. I got the image from an excellent Dick Francis website by Jan-Willem Hubbers, whose knowledge of photography informs his appreciation of the Colin Thomas covers for Dick Francis. The stylish green cover with the retro painting is by Greg Montgomery. The artist's website is here. The film-strip cover has been taken from Good Reads.)
Posted by Andrew Cartmel at 08:57 2 comments: 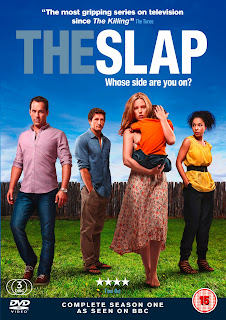 Posted by Andrew Cartmel at 10:09 No comments: 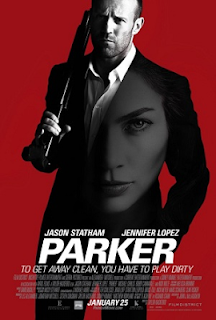 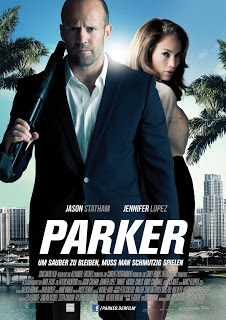 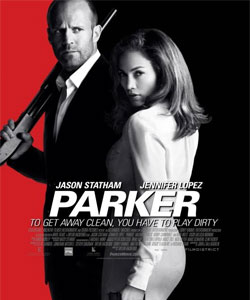 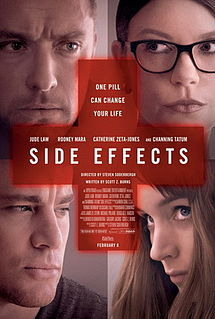 (Image sources: the standard poster for Side Effects was taken from Wikipedia and is the official poster for the film. While researching images for Contagion I found that I didn't like the official poster much so I used the lovely gas mask design which is by a very talented chap called 'Karezoid', actually Michal Karcz from Poland (the Poles have a distinguished history of stunning film poster design). My hat is off to you, sir. His work is on a site charmingly called Deviant Art. The other non-official Contagion poster is a striking sort of Saul Bass homage and is from a site called  Minimal Movie Posters which is devoted to this kind of graphic design and is well worth a look. It's evidently by another gifted artist called Anna Underhill. Lastly we have the Rooney Mara poster for Side Effects (hi Rooney, loved you in The Social Network) which came from IMP Awards, a serious movie poster site. Many thanks to all concerned.)
Posted by Andrew Cartmel at 08:43 No comments: